In this month’s Q&A, Steve Beck, CEO of SantosHuman Inc., addresses the question of why Santos was created.

Q: Why was Santos® created?

Santos® exists because Trial & Error is a terrible approach to design. 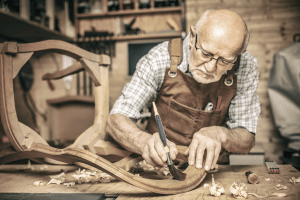 To unpack this a bit and make sure we’re all thinking about the same thing, let’s look at how Trial & Error is used in a cottage industry. Our example begins with an artisan, alone in a workshop, diligently giving physical form to some radical new wooden chair design. It’s complex enough to require several weeks to complete but as soon as the glue dries, our artisan sits down to reflect on a job well done. This is the Trial part in the scenario and while the chair’s aesthetics are impressive, it falls apart almost immediately. And that’s the Error part. Having completed the 1st Trial & Error iteration, the artisan must now work to address the flaws in the design through a series of subsequent iterations. 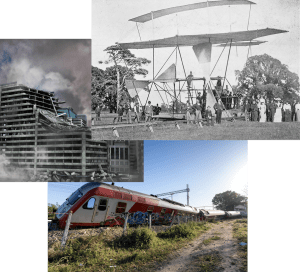 For products where materials are cheap, production is simple, and function is not critical, design by Trial & Error is often the only viable option. But imagine using that approach to design a high-rise apartment building where structural integrity could not be determined until full occupancy on a windy day. Or, to design an aircraft where aerodynamic properties could not be determined until after take-off. Or, to design a high-speed passenger train where nobody knows if the suspension systems will withstand the forces involved in a fast, twisty trip through a mountain range.

The quality and capabilities available in products today are achieved through the use of mathematical models that can virtually test properties critical to the design including structural integrity, aerodynamics, and how well mechanical systems perform during operation.

How does that work?

Let’s continue with our chair design example, but instead of expending the time and materials required to test and refine a series of complete chairs, a mathematical model is used to predict structural integrity for a virtual version of the chair, relative to a range of occupant weights. Upon completion, the virtual tests provide insight as to where the chair’s structure is sound versus where it may fail. Armed with this insight, our artisan modifies the virtual chair design to address the weak areas, runs additional virtual tests to confirm the solution, and then moves quickly into production without ever having to create a single physical prototype.

While obviously a superior approach to guessing and hoping for the best (a.k.a. Trial & Error), the above scenario is not likely to fit within a cottage industry business model. The cost of the technology required to use predictive models as described would be far beyond the means of a typical artisan. But for products where materials are expensive, production is complicated, and function is critical, Trial & Error is avoided wherever predictive models exist. Why? Because predictive models provide critical insight early in a product’s design cycle. And why is that important? 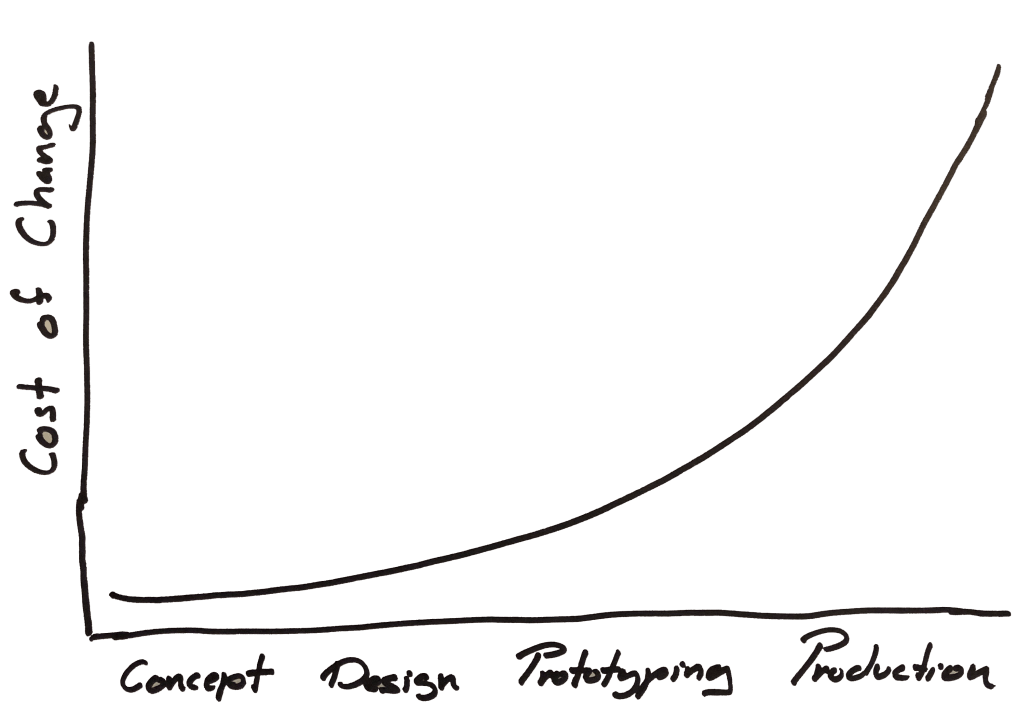 The ability to gain insight early in a design cycle is important because the earlier the need for change is detected, the less costly those changes are to make. And it’s not just a little bit cheaper. This is a well-studied relationship where change becomes significantly more expensive the closer a product gets to production. Post-production, the cost of change can be staggering.

This is why predictive models are so valuable and have been so widely adopted. Predictive models provide critical insight at the earliest stages of design, leading to better designs that can be brought into production sooner, which significantly benefits the bottom line of nearly every company, in every industry.

What does this have to do with Santos?

As valuable as these widely adopted models are, none of them have the ability to predict whether humans can interact with products or processes effectively and safely. And, because there has never been a way to predict the Human-in-the-Loop, all industries have had to rely on Trial & Error for human-centric design. One of the many unfortunate results of this is that the United States Department of Defense (US DoD) is often required to address usability issues after systems have already been delivered; when options to address design issues are most limited and also most expensive to implement. 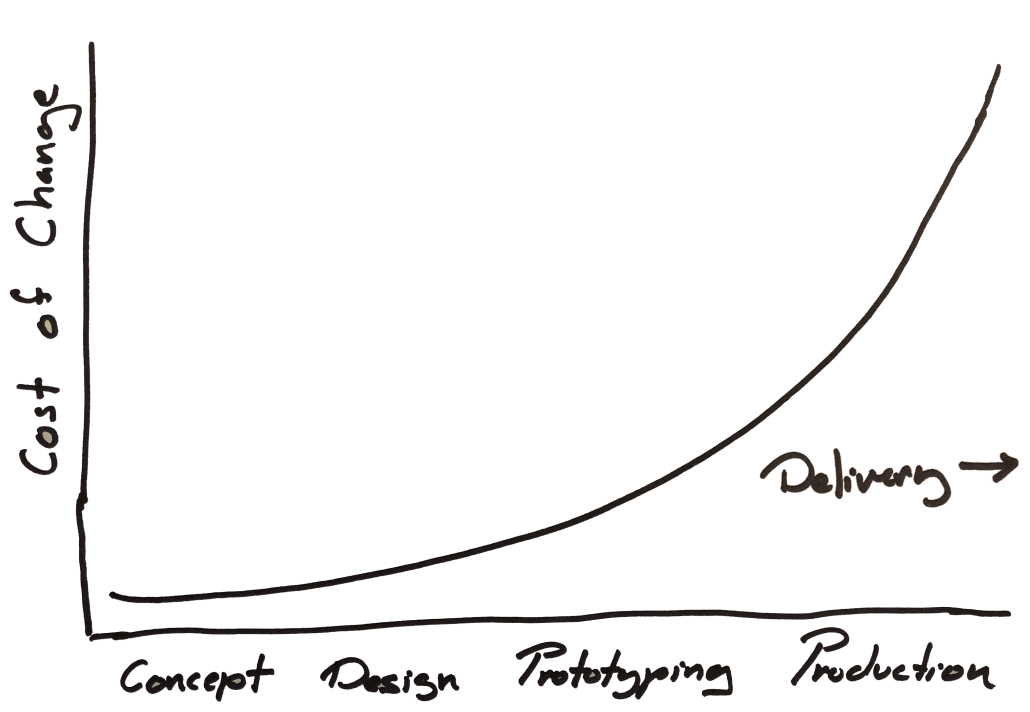 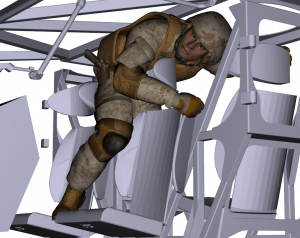 Santos: The Alternative to Trial & Error

With all of that in mind, let’s return to the question. Why was Santos® created?

Santos was created to eliminate Trial & Error from human-centric design. The genesis story begins in the early 2000’s when the Tank Automotive Command Center (TACOM) was considering the development of the next generation tank. History suggested it could take as long as 13 years for a new tank design to evolve from whitepaper to production. Over those 13 years, 9 physical prototypes could be required at an estimated cost of $1B (USD) each. One of the primary reasons $9B worth of physical prototypes could be required would be to ensure critical Warfighter-in-the-Loop issues are understood and addressed because failure to do so will cost lives.

That’s the problem we were asked to solve in 2003.

And we did it. We solved the problem. The research conducted in pursuit of this solution resulted in what is now commonly referred to as Santos®. Santos technologies include the ability to predict human physical behavior and performance so that Warfighter-in-the-Loop issues can be identified and addressed at the earliest stages of design. Now, instead of expending massive resources at the end of a design cycle to test system usability in a reactive role when options for change are most limited and most expensive, Santos® allows design teams to perform Warfighter-centric system evaluations in a proactive role, at the earliest stages of design. This can only be done with a predictive human model. 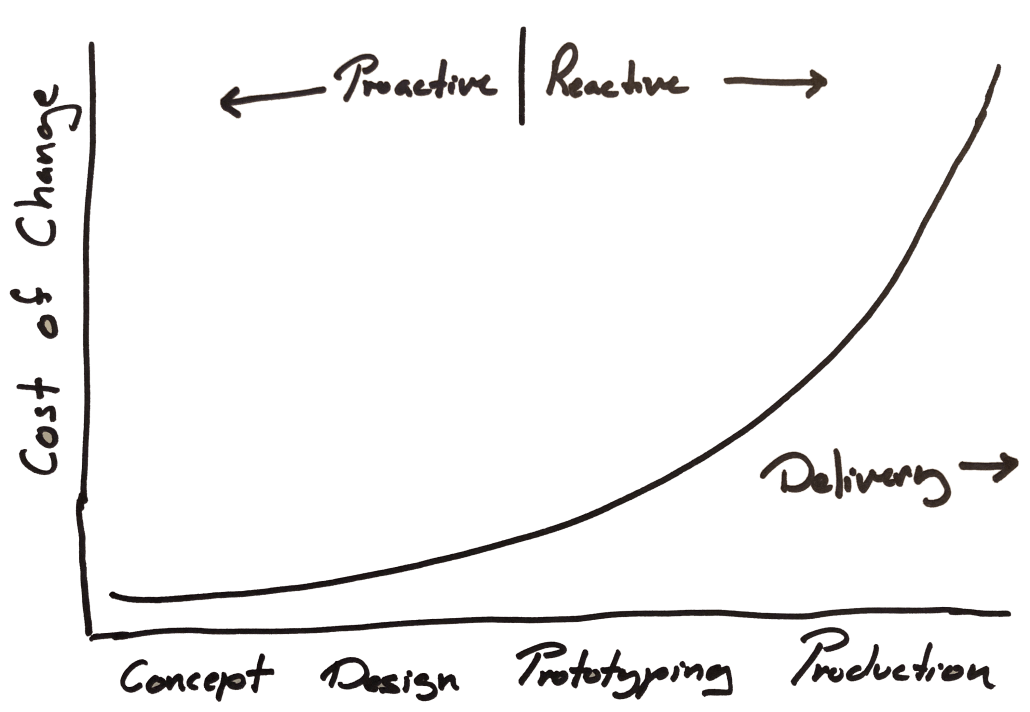 If you’re interested in seeing a quick example deployment of this technology, click on the image below to go directly to a previously posted blog that includes a video demonstration. Or, feel free to contact us directly at Sales@SantosHumanInc.com.

Video Demo: What’s the Difference Between a Predictive Human Model and a Traditional Digital Human?

Thanks for tuning in and, as always, let us know what you think.  We’d love to hear from you.